Colorful Cartagena: Beauty, Jose, Holy Moly Humidity... and the ugly side of racism

After our escape from Playa Blanca we headed to Cartagena for four nights.  We had to book a different hotel for the first night because our original hotel for the last three nights was booked up (We later found out that we were lucky to find anything because there was a giant Ironman triathalon there that weekend).  And it didn't really matter where we stayed because we pretty much did nothing that first day besides enjoy a beautiful rooftop pool, A/C and a nice comfortable bed.  It was Thanksgiving day so we lounged around and read and watched football and ordered room service.  On a two week trip it is pretty inevitable that a down day is going to happen and being tired and on the verge of heat stroke after the previous day gave us the perfect excuse.

For the last three nights we were to stay in Bocagrande which is pretty much the main central neighborhood in Cartagena.  I hafta say this blog will not have much in it besides eating and drinking because it was SO hot the whole time it was hard to motivate ourselves to do much else.

Actually scratch that.  Lets talk about something else.  I will just post some pictures of the food and the drinks and the beautiful streets.  Cartagena was a fun city.  It is probably a must if you go to Colombia as it's one of the most picture perfect colorful places we've  ever been. 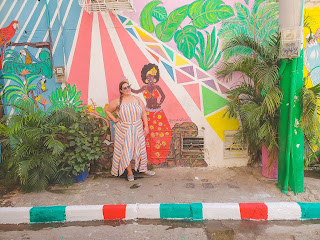 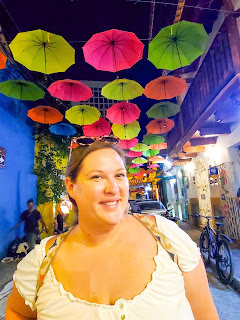 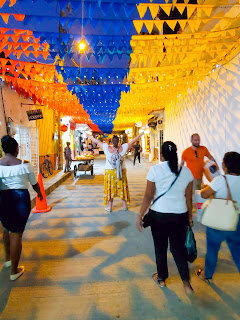 But instead of boring you guys with writeups of bars and restaurants that you could probably read for yourself on Trip Advisor  (our two favorite restaurants btw were La Pepina de Cocina and Cebiches and Seviches in case you were wondering).... 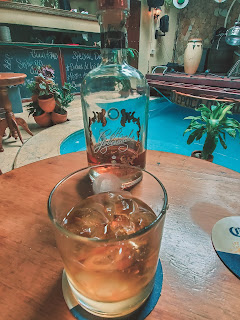 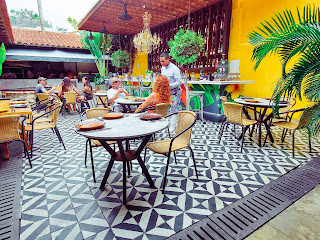 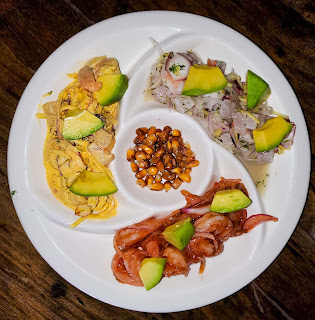 Let's talk about one of the most striking things that happened this trip.  On my last last blog post I talked about making a new friend Jose who was essentially a refugee from Venezuela living on Baru.  He is an incredibly nice and fun person to hang around with.  And we had the pleasure of meeting up with him again our second day in Cartagena when he was there to visit his nephew.

One interesting thing we found out unfortunately is that Venezuelans have quite a bit of prejudice against them in Colombia.  Colombians are scared I guess that they might be trouble makers or take jobs from Colombians.  Sounds disturbingly familiar huh?  And I got to experience it first hand.  We went to the hostel that his nephew managed to meet up with him but had issues with phone service so left him a message to meet us at a place around the corner once he got it.  It was a place that doubled as a bar and a place to get your laundry done for backpackers.  It had board games and a wide selection of Colombian beer.  Sounds like a perfect set up for us, right? 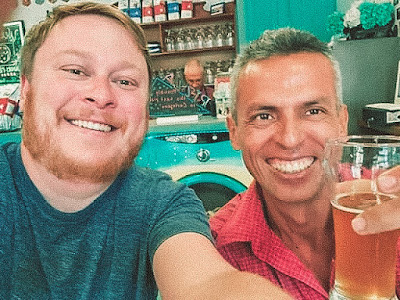 Well it was... until the owner pulled me aside to warn me about hanging out with Jose.  Why?  Because he said Jose was from Venezuela and he was warning me that I would be robbed or taken advantage of.  I was quite insulted and quite insulted for my friend.  I told him I was a seasoned traveler and that I knew Jose and he was trustworthy.  I got an eyeroll.  Trista mentioned after we left that the owner kept giving Jose the death stare from across the room and was wondering why there seemed to be such hostility.   Simply put we paid our tab and left.  I felt bad.  For two reasons really.

One is that I met a nice and wonderful  person who is the victim of a situation that he didn't cause.  He mentioned people he knew being killed by the government and other terrible situations in Venezuela.  His only crime was being born where he was.  He left to try and have a better life for himself but he is struggling.  He's working as handyman for basically no pay and just a place to live.  He doesn't deserve it.  I wish the human race were better than to discriminate based on imaginary lines but we aren't.  Not in the US and not in many other places

Two was that this sentiment was far too familiar.  Both from our current political climate, my Facebook feed and just what I hear people say.  In the USA currently we are caging (and basically killing) immigrants and immigrant children.  Those people are fleeing bad situations looking to the USA to be a place for a better life.  Which you know is exactly what we claim to be here.  The American Dream and all that.  But you know what?  It's bullshit.  In this country we are everything we claim to hate.  We are intolerant.  We are selfish.  We place our own religions above anything else.  We have 100,000 immigrant children in cages and don't bat an eye. The last 4 years have laid that bare as I have seen people I used to like and respect debase themselves for their new master Trump.  We have become what we used to at least pretend to stand up against. And to see it happening elsewhere was eye opening.  It made me sad and angry.

And you know what.  The people I argue with on Facebook or in real life I always say the same thing.  If you don't want me to think you are a monster who supports border concentration camps and the like, don't be for it.  Don't support it and don't support the politicians who do.

There is this movement in the US to cry and whine about how the right is being bullied by the left when their monsterous acts and views are called out.  And it's completely bogus.  Be better.  I am sure some people will read this and think it is harsh.  But it isn't.  It is the reality we live in and it totally sucks.

So we met up with Jose, we had a great day having a few drinks and talking about life.  He is working on his English.  I am working on my Spanish.  It was fun for both of us I think.  We still talk on Whatsapp to him several times a week.  He is a good person who deserves better from life.

He also happens to be a great artist.  I am going to finish by posting some pictures of his artwork.  If any of you would like to support him I would be happy to put you in touch with him to see about buying a painting.  I know Trista and I are going to do that but we haven't quite sorted out the logistics of getting one here but are working on it. 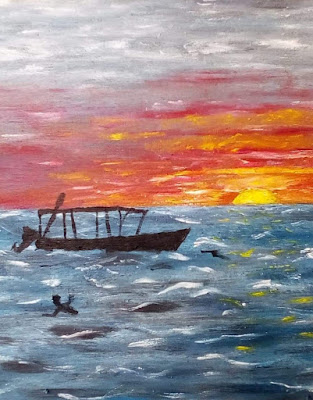 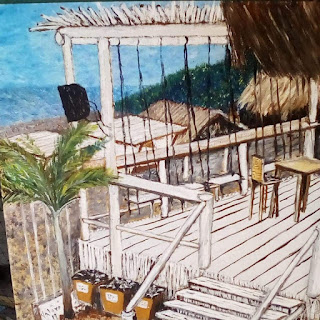 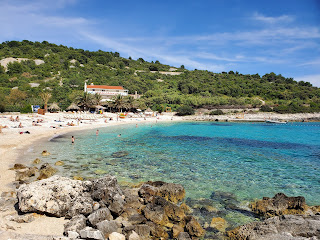 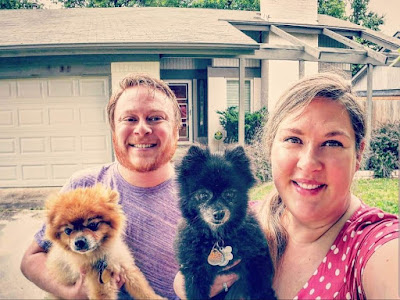